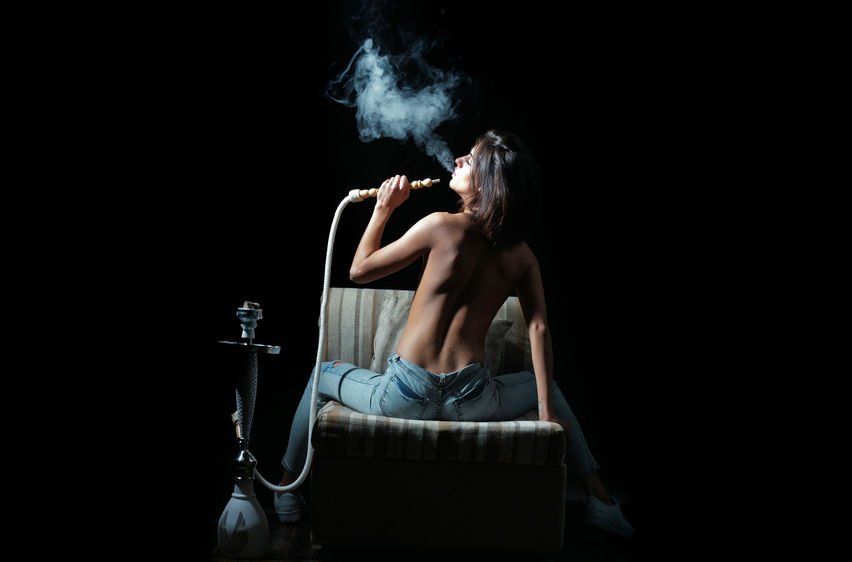 Nowadays, cannabis is available in many forms including vape juices, sublingual tinctures, soap, and edibles. In other words, there are now more ways of consuming it than just smoking it as was the case in the past.

Historically, smoking weed did not just start abruptly. People slowly graduated from other ancient ways of experiencing the effects of marijuana to smoking.

This post looks at the evolution of the paraphernalia for smoking weed and herbal incense. By the end of it, you will know exactly how the world moved from burning marijuana as incense to using vaporizers and bongs to consume the drug and herbal incense.

Consumption of Cannabis as Incense

Researchers agree that the very first humans to stumble upon the exciting effects of marijuana did so by accident. It is thought that ancient humans were likely burning the twigs of the marijuana plant as campfire when they first experienced its psychoactive effects.

Naturally, it is assumed that ancient humans then started seeking the plant and burning it separately for the same effects. This, in principle, is burning marijuana as incense. Historians and archeologists think this is how man started using weed. The evidence put forward by researchers to support this includes some incense burner pots dating over 5000 years ago that were found to contain burnt hemp seeds in an archeological site in Romania.

In China, ancient burner pots were also discovered alongside scrolls that show that traditional Chinese healers used to recommend the burning of marijuana as incense for relaxation and as a cure for various illnesses.

From the burning of weed as incense in Europe, China, and other places around the world, the next mainstream way of consuming marijuana was by using tobacco pipes.

Tobacco pipes emerged as a popular way of consuming marijuana in the 15th century after Western Europeans sailed to the Americas and saw some of the native tribes using them to smoke tobacco and other special herbs.

They adopted the pipes for marijuana smoking. Hence the pipes became first paraphernalia for directly smoking marijuana. And since the Europeans were already trading and interacting with many other parts of the world, the use of tobacco pipes to consume marijuana gradually spread throughout the world.

Other historical ways of consuming marijuana include eating it as food, drinking it and, of course, smoking hand-rolled joints. With the exception of joints, most of the other ways never really became mainstream. The joints were mostly used by people who did not have access to or could not afford smoking pipes. Their use really peaked in the 19th and 20th centuries.  As you are probably aware, people still use hand-rolled joints to date.

It was in the 1960s that the modern day bongs/ water pipes came into the marijuana smoking scene. They were first used to smoke weed as an expression of freedom and liberty and as a sign of protest against the prohibition of the plant in the US.

Modern bongs filtrate and condition cannabis smoke to make it more pleasant. They are attributed to Bob Snodgrass, an acclaimed American glassmaker.

Besides modern bongs, vaporizers are also steadily becoming popular among marijuana users. This is because they are smaller and more convenient and pleasant to use. Various types of vaporizers exist on the market.

Unlike the history of cannabis that is really long, legal highs have been around for much less time. The products were accidentally invented by an American researcher less than two decades ago. “Accidentally” because the researcher formulated the synthetic cannabis products for research. When the products were expectedly found to have the same effects as marijuana when consumed, other interested researchers joined the bandwagon and have over the years made many more similar products.

As of now, there are hundreds of synthetic cannabis products/ cannabinoids available on the market. They are smoked by some because they deliver the same kind of pleasant psychoactive effects delivered by smoking marijuana. Others use them to conduct research.

Most countries across Europe have no laws banning the use of all synthetic cannabis products. This is why the products are referred to as legal highs (they are legal to use to get high in contrast to marijuana).

Since the synthetic cannabis products are essentially chemical powders, they are usually added to special herbs so that they can be hand-rolled and smoked as joints. This is one of the reasons people call them spice since they “spice” the herbs.

As you may have noted from the statements above, legal highs are strongly intertwined with the history of cannabis. They were invented to study cannabis. Some of them are more potent and pleasant than cannabis. Their popularity has increased exponentially over the years because they are legal in most jurisdictions while cannabis is not.

The important link between legal highs and cannabis is the way both are consumed.

Like marijuana, legal highs/ spice products are primarily smoked by users. This is because this is the easiest and perhaps the most affordable way to consume them.

Again, just as is the case with marijuana, there are some people who take herbal incense products using incense pipes. Although the use of incense pipes is not yet popular with most legal high users, many people are expecting the pipes to catch on just like bongs caught on with marijuana users.

Legal highs are also available as herbal tea and as edibles.

However, there are smoking spice side effects that are linked to overdosing. The side effects include hallucinations, anxiety, and agitation.

Nevertheless, the smoking spice side effects can be largely avoided by only taking moderate amounts according to some studies. As the old adage goes, “start slow and go slow”.

If you’re looking to buy the best legal highs and herbal incense in Europe – you’ve come to the right place. Check out our selection of herbal smoking blends with some popular choices such as Madhatter and Scooby Snax. Or, you can take the hipster approach to synthetic weed in the 21st century, and buy c-liquid online that’s guaranteed to get you flying high, such as our popular Black Diamond C-liquid.