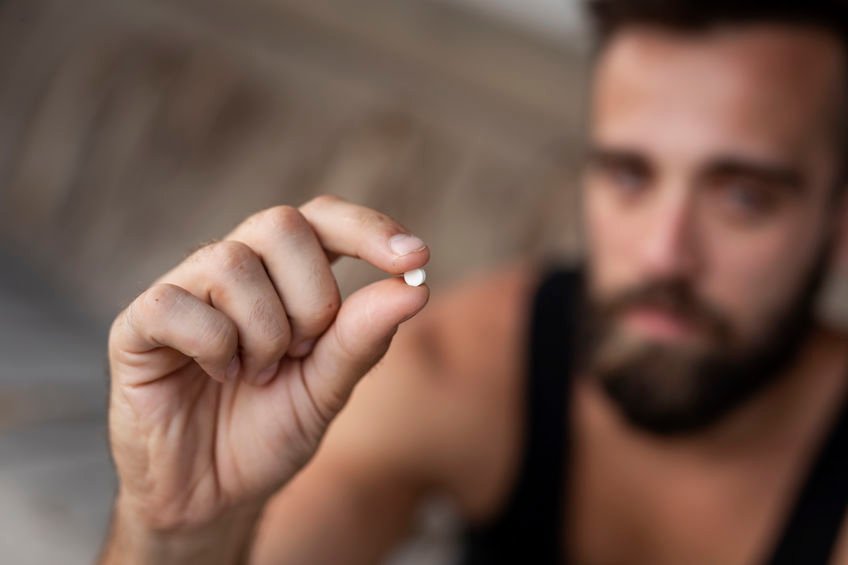 MDMA, also known as 3,4-methylenedioxymethamphetamine or Molly, is a psychoactive compound that constitutes the main chemical ingredient in the recreational drug, ecstasy. Quite a number of studies have shown that MDMA can be used for the treatment and management of PTSD (post-traumatic stress disorder).

Back in the 1900s, MDMA was used to help manage bleeding. Several decades later, in the mid-1970s, some psychiatrists started using it to manage PTSD.

The science behind the use of MDMA in treating individuals with PTSD is based on one of the key symptoms of the disorder, which is escaping and avoiding emotions because of anxiety and re-trauma. MDMA, commonly referred to as “entactogen” or “empathogen” tends to enhance the feelings of trust and sympathy, and makes an individual aware of their emotions.

MDMA as a therapeutic agent

An important aspect as to why MDMA demonstrates effectiveness in the treatment and management of PTSD in a medical setting is its ability to help patients be more open during controlled psychotherapy sessions.

MDMA seems to decrease the anxiety that’s connected to remembering traumatic encounters. The upsetting memories get perceived as less upsetting thus allowing the patient and therapist to have a constructive therapeutic session without getting the patient negatively affected because of stress.

The incorporation of MDMA to psychotherapy has been found to be quite helpful. It allows care providers/ therapists to maintain willing patients in a positive state of emotional security whereby they can, for the very first time, recall their traumatic encounters without getting overcome by the strong negative emotions that normally accompany most traumatizing memories.

MDMA mainly works by stimulating the secretion of a particular brain cell chemical known as serotonin. This brain chemical helps to regulate sleep, moods, appetite, sexual drive, and even body temperature. Once ingested, MDMA causes the secretion of huge quantities of serotonin that considerably enhances feelings of joy, confidence, and an individual’s general mood.

When utilized in controlled settings, Molly has little or no side effects. Long term issues are very rare and thorough clinical trials haven’t found any long term neuro-cognitive discrepancies in the participants.

The Brain on MDMA

MDMA or Molly causes a significant increase in the amounts of various neurotransmitters located in the brain, the leading one being serotonin. Serotonin contributes to an individual’s feelings of happiness and well-being as mentioned before.

MDMA also enhances the levels of other hormones including prolactin and oxytocin. Oxytocin, also called “the love hormone” enhances “affiliate” behavior. And high oxytocin levels makes individuals more inclined to connect with others.

The hormone, prolactin, results in a “post-orgasmic” state in individuals. It makes individuals more relaxed and enhances their feelings of satisfaction.

These two drug substances are commonly confused for each other. MDA aka Sally and MDMA aka Molly, though very alike, still have quite notable disparities in their effects.

MDMA’s effects are more empathogenic, whereas MDA’s are largely psychedelic. MDA delivers hallucinations alongside visual distortions. MDMA, on the other hand, is slightly toned down. However, it delivers powerful empathogenic feelings of more empathy, heightened sensual pleasure, and social openness.

Another difference between the two is on their onset and duration. The two drugs have quite similar onset times of about 30 minutes to one hour after consumption. However, whereas MDMA effects last for only 3 to 4 hours, MDA’s effects can last up to six hours.

Neuroscientists at John Hopkins recently concluded in a landmark study that there is strong evidence that Molly can be used in the treatment and management of PTSD. Their paper comprehensively describes how the psychedelic drug re-opens a certain window in the brain whereby the brain is more sensitive to learning the rewards of social behavior, called the “critical period.”

In short, the research has shown that there is a very specific mechanism of action through which the drug can help manage PTSD in contrast to the generally accepted mechanisms of action.

In conclusion, there is plenty of hope for the future of people with PTSD.