How Synthetic Weed or Legal Highs Mimic THC for Therapy 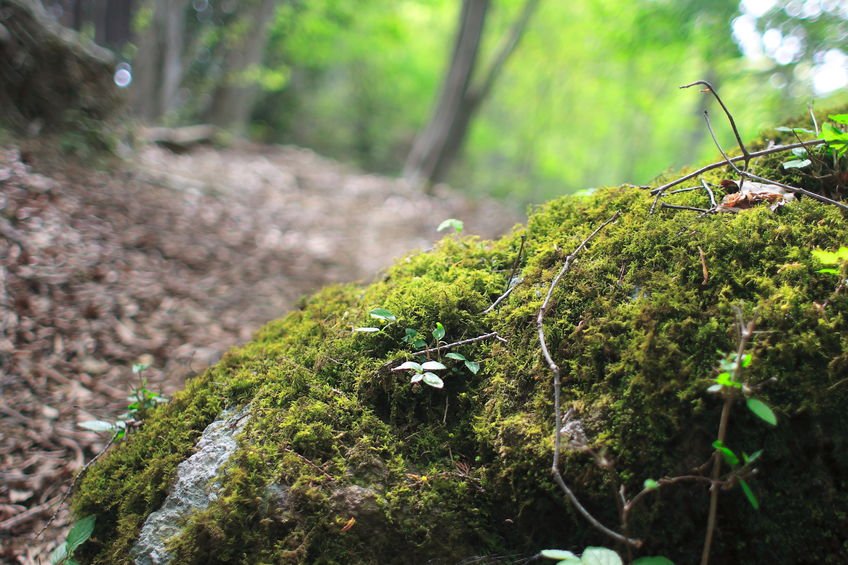 Did you know that you can buy legal highs online? In addition to the legal herbal incense that’s currently on the market, a moss-type liverwort plant has been found to harness properties that work on the cannabis receptors in the brain.

It’s not cannabis – rather a synthetic marijuana that is created through the extraction of a cannabinoid extracted from a plant. In French, chemically extracted cannabinoids are known as “weed synthétique”. If you are looking to purchase such herbal incense and legal highs online in France, they will come up under the search phrase “weed synthétique achat” which means a “synthetic weed purchase” in French.

Recently, the publication Science Advances published a study titled, Uncovering the Psychoactivity of a Cannabinoid from Liverworts Associated with a Legal High. The group of scientists was out of Bern, Switzerland, and they examined a cannabinoid that was extracted from a rare moss-like plant that belonged to the liverwort family and it’s grown in Japan, New Zealand, and Costa Rica. The psychoactive properties of this plant have been found to be potentially useful in the treatment of patients with chronic pain and problems with inflammation.

Distantly related to Cannabis Sativa, this moss plant with cannabinoid properties might also be able to help treat disorders that are commonly treated with cannabis, such as multiple sclerosis, inflammation, seizures, and other chronic medical disorders.

The specific type of liverwort has a different way of living, growing, and reproducing in direct comparison to Cannabis. It’s still not understood why this liverwort plant would have a compound that is strikingly similar to tetrahydrocannabinol (THC), which is the component inside of marijuana responsible for its psychoactive effects. Previously, researchers only believed that Cannabis Sativa produced THC. Not only is the cannabinoid that can be isolated from the liverwort and sold in the form of synthetic marijuana online throughout the world similar to THC, but they both also produce similar effects in the brains of mammals.

The journal article published by Science Advances found that the moss-like plant that came from the Genus Radula, Radula perrottetii, is a member of the liverwort family and it contains a compound known as perrottetinene (PET).

In 1994, the Japenese phytochemist, Yoshinori Asakawa, first documented the effects of PET. However, Jürg Gertsch from the Institute of Biochemistry and Molecular Medicine at the University of Bern was the first to compare the similarities in activity and compound structure to THC and how it affects the brains of mammals and make a distinction in the importance of the similarities.

It was several years ago when Gertsch began noticing liverworts had been promoted online as “legal highs” and were being used by medicinal and recreational users in Switzerland, New Zealand, and other countries around the world. No research had been done at that time and he felt were needed on the pharmacological properties of the cannabinoids found in the plant.

Along with his colleague, Erick Carreira, from the Department of Chemistry at the ETH Zürich, the two researchers set out to learn about the similarities and differences between THC and PET.

Mice were used in the testing and the results showed that the PET can easily reach the brain and activates both the CB1 and CB2 cannabinoid receptors, but not as strong as THC does. Therefore, it shows that the PET is quite less psychoactive in comparison to THC, which makes it even more attractive for many patients who are looking for the medicinal qualities but do not want to get a strong “high” effect. Another reason medical marijuana patients might prefer to use PET over THC is that it possesses stronger anti-inflammatory properties than THC, based on their initial studies.

As suggested by Gertsch, because of the robust anti-inflammatory effects PET has on the brain, it definitely piques interest and warrants further research. In other words, this synthetic weed can be purchased from people online using the terms “synthetic weed for sale online” or “weed synthétique achat” in French in places with the dated and draconian laws against cannabis plants and cannabis concentrates such as THC and cannabidiol (CBD).

In a press release, Gertsch has the following to say:

Apparently, an indigenous group of people known as the Maori of New Zealand knows what’s up. They’ve been using this liverwort plant in their traditional medicine practice for hundreds of years, particularly as a powerful medicine used to treat digestive and liver issues.

Pathophysiology of Cannabinoids (How They Work in the Body)

According to Ethan Russo M.D., a neurologist, and Director of Research and Development for International Cannabis and Cannabinoids Institute (ICCI):

“The work of Jürg Gertsch and colleagues is a prominent advance in understanding the role of plants beyond cannabis on the endocannabinoid system. Perrottetinene from the liverwort, Radula marginata, has proven to stimulate weakly the CB1 receptor where THC and the endocannabinoids, anandamide (ANA) and 2-arachidonyl glycerol (2-AG) also bind.

“Although this activity was proven via positive effects on the mouse tetrad of hypothermia (lowered temperature), catalepsy (frozen behavior), hypolocomotion (decreased movement) and analgesia (pain reduction), and was demonstrated to enter the brain, it is unlikely to become a major target of recreation users because of its relatively low potency and especially since liverworts are very slow growing and difficult to cultivate.”

Basically, the perrottetinene works differently from THC in a way that poses medical benefits. In the brain it works to lower the levels of “prostaglandins D2 and E2 in the brain without producing COX inhibition, and thus may provide an effective anti-inflammatory and pain killer with a low risk of intoxication, the formation of ulcers, or production of heart attacks or strokes,” according to Russo.

This finding should warrant the further study and investigation of other species of liverwort to break down their biochemical makeup and effects in order to identify other potential cannabinoid or medicinal benefits of this plant.

From a clinical standpoint, another expert in the field, Jeffrey C. Raber Ph.D., the CEO of The Were Shop and chemist who specializes in cannabinoid physiology for an independent laboratory in Southern California, also stresses the potential benefits of this extract but explains how the extraction and cultivation may be quite challenging. He does explain that there are ways to overcome the challenges by using ingenuity and creativity. According to Raber:

“The stereochemistry of this compound suggests it may possess interesting clinical potential with minimized psychoactive side effect.“Obtaining significant quantities of pure compound may be challenging initially, but viable natural based or synthetic routes may both be developed should it prove of interest to do so.”

PET is less psychoactive compared with THC. However, when it comes to treating chronic illnesses THC has quite a few drawbacks because it can be much too psychoactively intense for some patients at higher doses, and it’s still illegal in most parts of the world.

To obtain adequate amounts of PET from the liverwort plant, Gertsch collaborated with his colleague, Erick Carreira, whose team developed a new synthetic way to preserve the 3-D structure of the compound on a molecular level.

A doctor who worked under the direction of Dr. Carreira, Michael Schafroth, Ph.D., stated in a press release that:

“The present study is a prime example of how new synthetic concepts can make a contribution towards enriching our pharmacological knowledge of biologically-active natural substances.”

Gertsch added in that there is a need for solid research to uncover the biochemical and pharmacological mechanisms on other cannabinoids throughout the world of plants, besides just the popular cannabis.

Legalization of Cannabis in Canada Opens Doors for Continued Research

In October 2018, Canada legalized the recreational use of marijuana throughout the country. Because this move has opened up doors to support ongoing research in the areas of CBD and THC in the treatment of many conditions such as fibromyalgia, endometriosis, and IBS, it’s become more apparent to the public that the endocannabinoid system plays a major role in symptom and pain relief. CBD, in particular, has been found highly effective in the treatment of seizures and spasticity associated with a variety of medical disorders, which traditional medicinal approaches have failed.

Many patients who suffer from a variety of conditions such as gastrointestinal disorders, PTSD, chronic pain, and autoimmune disorders have found relief from cannabis, which is a natural plant and is less harmful than traditional modalities of treatment, such as opioid painkillers.

Liverwort and its derivatives could be a safer therapy yet, with greater anti-inflammatory response than its cannabis cousin in the plant realm. In order to get to a place where the derivatives from this plant can be made available to the everyday consumer, time and energy must be poured into finding more efficient methods of extraction and purification. Additionally, preclinical studies must be done using animal modalities before they are tested in humans.

“Known plant-based compounds like this one [PET] can be challenging to protect with patents, which is one reason why they may not be prioritized by industry. Nevertheless, even if the active pharmaceutical ingredient (API) itself is not patentable as a chemical entity, it may be possible to obtain patent protection for a drug candidate that combines the API with an effective, patentable drug delivery technology.”