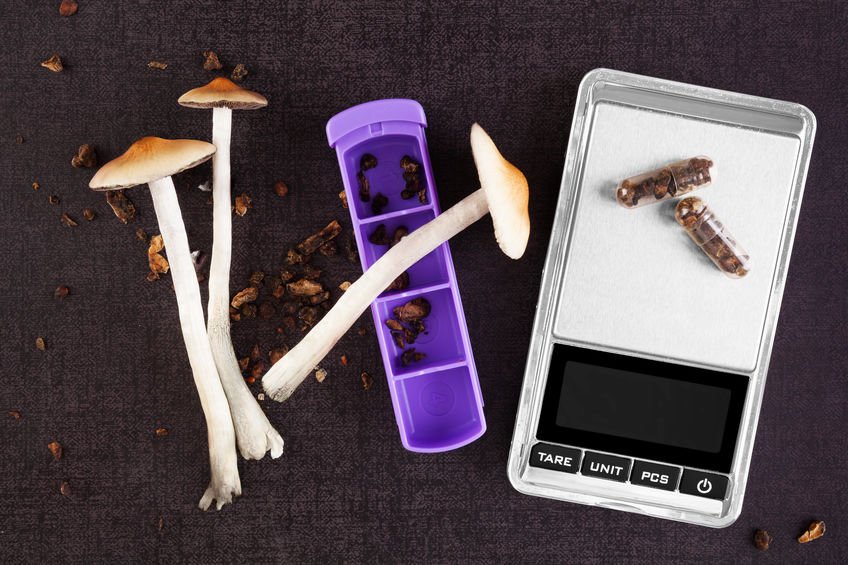 Psilocybin Legalization in the United States

Humans have been using the mushrooms for a very long time. In the past, they were used for religious and spiritual rituals. Although some people still use them for religious activities, they are now primarily used for their therapeutic and recreational effects.

The therapeutic effects include the ability to treat anxiety, addiction, depression, cluster headaches, and OCD, while the most sought-after recreational effect is the mind-revealing psychedelic experience.

Despite the plant being native to so many regions across the world and having proven therapeutic benefits, it was listed by the UN as a Schedule 1 drug in 1971. Schedule 1 drugs are those without any known medical benefits. Because of this listing, several countries across the world including the US and some members of the EU subsequently banned the mushrooms.

However, as the years have gone by, the therapeutic benefits of magic fungi have become more evident in research studies. Because of this, an increasing number of countries and jurisdictions where the plant was illegal are now decriminalizing the plant.

By the end of this article, you will be aware of the legal status of psilocybin mushrooms in the City of Oakland in the US, in Europe, and in several other jurisdictions across the world. You will also get useful information about how to grow the mushrooms if you happen to live in a place where they are legal.

As is the case with most other psychoactive plants, magic mushrooms are banned in most Western nations including the United States, Australia, New Zealand, France, Germany, the UK, and the Republic of Ireland. Nonetheless, in comparison to the other psychoactive plants, psilocybin shrooms are known to have multiple therapeutic benefits and are therefore quasi-legal or legal in several jurisdictions across the world.

The US does not totally ban shrooms themselves but instead lists psilocin and psilocybin as Schedule 1 drugs in the 1970 federal Controlled Substances Act.

However, since not all “psilocybin spores” contain the compounds (some mushroom spores are just mushroom spores), they are not federally prohibited. Such psilocybin-less spores can freely be purchased online in every state excluding Georgia, Idaho, and California.

The City of Oakland recently decriminalized magic mushrooms making it the second city in the US to do so after Denver. Oakland’s City Council decided to take this measure after numerous individuals came forward and told the council members about the therapeutic benefits of the plants. Those whose testimonies were entered into record stated that magic mushrooms had helped them to deal with depression, PTSD, and drug addiction.

Every member of the City Council voted to legalize adult ownership and use of shrooms together with the use of other psychoactive fungi and plants. Some of the other plants that were also legalized include peyote and ayahuasca. Both have been used for hundreds of years for religious and healing purposes.

The move to legalize shrooms and the other psychoactive fungi and plants has been lauded by many people because it gives people legal access to the natural plants and drugs that work.

The decriminalization by the Council makes the arrest and investigation of grownups that cultivate, own, use or even sell such plants, low priority for law enforcement in the City. In addition, no city funds can be utilized for enforcing laws and regulations that criminalize these substances. The decriminalization also means that the office of the district attorney will halt any legal action against individuals that have been detained for the possession or use of shrooms.

Noel Gallo, a member of the City Council, is the person who sponsored the resolution to decriminalize magic mushrooms. He stated that legalizing the fungi and similar therapeutic plants would make the Oakland police focus on dealing with more serious issues and crimes.

Loren Taylor, another member of the council, included amendments that these substances aren’t intended for all. He proposed that individuals with serious depression or PTSD should first seek professional medical guidance before opting for the mushrooms.

In summary, what should be noted here is that magic mushrooms are now decriminalized in Oakland. However, they remain federally illegal and one can still be prosecuted by federal authorities for possession, distribution, or use of magic mushrooms in the State of California where Oakland is or in other places across the country.

If you are in Oakland or in any other place where magic mushrooms are legal, below is how to grow them.

How to Grow Magic Mushrooms

Growing magic can be a little bit challenging. Certain steps need to be correctly followed in order to guarantee a good harvest. Below are the steps:

A spore syringe is the safest and easiest way of starting your magic mushroom cultivation. Before using your syringes, however, you should prepare the jars using a nail and hammer. Remove the jar’s lid and using a nail, make four evenly-spaced holes around its edge.

The substrate refers to what is going to be used by the magic fungus as a nutrition source. You can use different substrates such as dung or sawdust, but psychedelic mushrooms thrive in brown rice flour.

Mix 3 cups of brown rice flour, 3 cups of water, and 9 cups of vermiculite in an eight-ounce container.

Step 4: Fill the Canning Jars with the Substrate

Pour the mixed substrate into the jars and wipe off any moisture outside and inside the jars. Also, ensure that your jars are loosely-filled; leave about half an inch empty between the top of your jar and the substrate.

Next, use dry vermiculite to fill up the remaining space in the jar. It provides a barrier or obstruction between the substrate itself and the microbes present in the air.

This is a very important step in decontaminating the jars. Place an aluminum foil over the lid and crumple it down to create some sort of seal around the lid.

Add three inches of water to the pressure cooker and then stack as many jars as possible in there. You should, however, be very careful when stacking the jars to avoid cracking.

Close up the pressure cooker and heat it up. Let your jars sterilize for about 30 minutes.

It involves the addition of spores to the substrate in order for the mycelium to latch and subsequently develop.

Open the pressure cooker and then heat the spore syringe until it turns red hot. Remove the foil and insert the syringe needle into the hole made earlier. Push down the plunger to inject about 1mL of the solution to the substrate. Repeat the same for the other holes and then replace the aluminum foil.

Here, the mycelium takes over the inoculated substrate by simply putting the jars in a dark and warm surrounding such as in a cardboard box at the corner of a room.

Step 9: Set up a Fruiting Chamber

The purpose of this is to come up with a highly humid surrounding for the mycelium to produce shrooms and you only need an aquarium or huge Tupperware box.

Fill up the fruiting chamber with perlite in order to humidify it. Put some foil on top as this is where you are going to lay your substrate cakes, and drill a few holes to allow for the exchange of air.

This involves giving the jar some smacks downward in order to dislodge it. Next, proceed to soak the cakes in cold water for 24 hours.

Step 11: Wait for the Flush

The duration of time spent on this process depends on the mushroom strain. It might take 14 days.

When harvesting, grab the shrooms at the base then pull. Another method of harvesting is cutting them at the base.