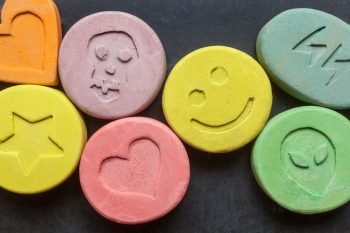 Love drugs. Pingers. E-pills. Disco biscuits. Throughout Europe and worldwide, there are a variety of party drugs and ecstasy tablets that are sold on both the legal and illicit markets. Legal, you ask? While methylenedioxymethamphetamine (MDMA) is illegal throughout the world, there are synthetic chemicals that mimic the effects of MDMA that are legally sold in certain markets as “party pills.”

Party drugs and ecstasy are sold in capsules and compressed pills, often with characters or shapes stamped into them. At Flight AMS, we do not sell the legal synthetic MDMA party pills, we do sell a variety of synthetic cannabinoids, such as herbal incense and vape liquids. Here you will find a collection of articles that educate you about MDMA and party pills.

Since it was invented in 2003 by a pharmacist from China, the "modern" e-cigarette has become a big deal. Now in 2018 the vape industry is massive and a lot larger than anyone expected, it’s bigger than you’d imagine if you’re not a vaper. The vape culture that has quietly exploded in the last 15 years, boasts its own set of lingo, subcultures not to mention the tech, which is so technical that it’s seriously hard to keep up with. What once started as a cleaner and more healthy way to get your nicotine hit has become a popular alternative scene it’s even got vape celebrities and vape superstars. This innovation in the way we consume Nicotine is fast being used to ingest other types of drugs. Vaping offers a way to smoke nicotine without all the other toxic substances [...]