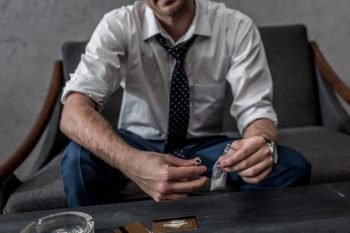 Methamphetamine. Cocaine. Ritalin. Adderall. There are many different types of stimulants on the market, both legal and illicit, that attract recreational drugs users, and other types of drug users. With stimulant drugs, often times the people who use them are athletes and professionals who are looking for a quick boost in performance.

At Flight AMS, we sell legal highs in Europe. Therefore, we are immersed completely in the counter-culture scene and write about various drug topics often. Whether it’s uncovering why meth users are vaping or discussing the legal market of stimulants, you can find information about stimulant drugs here.

Vaping Different Drugs: Meth Users and Why DMT are Vaping

Vaping Different Drugs: Why DMT and Meth Users are Vaping Vaping nicotine and cannabis products has become crazy popular. The trend is worldwide and the term "vape" has become a household word that almost everyone is familiar with. However, those aren't the only things being vaped these days. Vaping different drugs has become popular and lots of users are willing to experiment! Meth and DMT. Yep. Some real bad boys on the block in terms of drug abuse are often vaped by users. Because of their molecular structure and combustion temperatures, they are ideal candidates for vaping. Traditionally, these two drugs have been frequently ingested via smoking and now vaporizers give an all-new sexy feel to the consumption of methamphetamine (meth) and dimethyltryptamine (DMT), in a sleek sexy vape pen, because it's 20 - fucking - 19 and why not? [...]