Skip to content
Vaping Different Drugs: Meth Users and Why DMT are Vaping

Vaping Different Drugs: Why DMT and Meth Users are Vaping 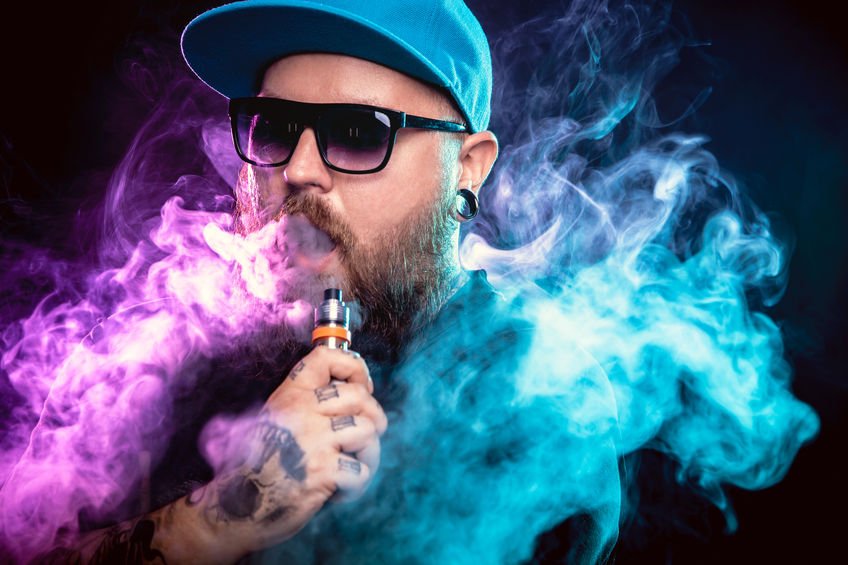 Vaping nicotine and cannabis products has become crazy popular. The trend is worldwide and the term “vape” has become a household word that almost everyone is familiar with. However, those aren’t the only things being vaped these days. Vaping different drugs has become popular and lots of users are willing to experiment!

Meth and DMT. Yep. Some real bad boys on the block in terms of drug abuse are often vaped by users. Because of their molecular structure and combustion temperatures, they are ideal candidates for vaping.

Traditionally, these two drugs have been frequently ingested via smoking and now vaporizers give an all-new sexy feel to the consumption of methamphetamine (meth) and dimethyltryptamine (DMT), in a sleek sexy vape pen, because it’s 20 – fucking – 19 and why not? YOLO anyone?

Tons of marijuana and tobacco users have replaced joints and cigarettes for vaping options that come in colourful flavors ranging from Dry Balls C-Liquid to Black Diamond Vape Liquid and everything in between.

Among the crowd of recreational drug users, there is a dedicated group that might refer to themselves as “psychonauts” who are die-hard dedicated to trying out different types of chemicals in their vapes.

Even though it’s not always done through an electronic device, some drugs, including crack cocaine, methamphetamine and heroin are vaped anyways, as this simply means to hold a lot of heat to the substance to get it to combust. Therefore, there are some drug users that actually vape as a means of reducing harm and risk associated with other methods of drug use, including intravenous injection.

Is There Safety Data Showing the Risk of Vaping Drugs?

Nope. Not exactly. It’s a relatively novel route of administration in terms of drug use, but there is little research that has been done to measure the safety of vaping different drugs or substances beyond cannabis and nicotine.

Regardless, there are plenty of people out there trying it out and getting on online drug forums where they share their experiences about this. People are exploring the possibilities and options when it comes to vaping other types of drugs.

“Vaping works by heating molecules to give them enough energy to detach from the surface of a liquid and float into the air. The key difference between smoking and vaping is that the temperatures are kept low enough that there is almost no reaction with oxygen in the air.”

Recently, an article in Vice explored the use of vaporizers for the consumption of meth and DMT, and this is what a guy named Lautaro* from Argentina had to say about vaporizing DMT:

“I was flying through a space tunnel while I saw an RPM gauge—like those on your car—that measured my brain activity. It got to the highest point and I was afraid that I was going to have a seizure when it suddenly dropped to zero with the sound of a wheel releasing air. I thought I was dead and had moved on to some kind of other plane. At the end, I woke up in what felt like an orgasm and was crying of joy from the experience.”

Like other psychedelics, a DMT trip has the potential to be very intense and take the user into what feels like an “out-of-body” experience. The following is the account from a 21-year-old female, Alice*, from the Midwest about vaping DMT:

“I’ve always loved psychedelics and wanted to try DMT so when I was offered the chance to smoke some at Bonaroo, I took it! My friends had this old brown sofa under some tarps in a make-shift tent surrounded by cars. I sat there with my two friends and we smoked the DMT and I had an out-of-body experience on that couch. It felt as if I melted into that all-of-a-sudden super soft and cozy sofa. It was like being in a dream-state where I can’t put my finger on exactly what I was doing, but it felt as though I was acting something out and did all this crazy stuff, when in reality I just sat there, in a zone, without moving at all (or so I think), and it took a minute to come back to reality!”

Drugs which are easiest to vape are those that have the smallest molecules, therefore, lower boiling points. Methamphetamine is this type of drug. One methamphetamine user shared his experience vaping meth in the Vice article. When 27-year old Joe* was in his early 20s, he started using meth to cope and manage symptoms of bipolar as it gave him an instant mood lift. He told Vice:

“It seems like a good hit because it’s an instant mood lift, at least during the first couple of days. So if I felt depressed or stressed, I’d score some ice and after a few hits I felt like I could handle anything in the world.”

The young man had to seek professional help for his habit which turned into a dependency, but says he still dabbles with it a couple of times per year. Since he tried using a vaporizer pen for meth for the first time, he chooses this route as it eliminates much of the ritual and psychological addiction he had associated with smoking meth. It’s more discreet and he claims that he smokes only as much as he needs and is less likely to overindulge when vaping.

However, this could also be a double-edged sword. If it’s easier for a user to pick up a vape pen and take a hit of meth in an area in which they normally would not consume the drug, one could argue this would lead to over –  not under – usage.

Another recreational user, Amanda* who is 32 and from California, talks about the reasons she chose to vape meth and her experience with that.

“I was honestly in a very bad place in life when I was introduced to speed (haha, who would have thought). A couple of close friends of mine got hooked on the stuff and we all smoked it off tin foil with straws initially. My two best friends ended up going on to shooting up meth, and needles were just way too gnarly for me. I still wanted to enjoy some tweak, but I was not a huge expert on the stuff and I didn’t want to mess with the foil and everything. So I threw some in my vaporizer pen and it’s really like magic how fucking nice and smooth it smokes! I use recreationally, and not habitually, but when I do, I vape. Every. Time.”

What’s Your Take on Vaping?

We are curious to hear about your user experiences. Are you a vaper? If so, have you vaped anything besides cannabis or nicotine? What was it like? Leave it below.