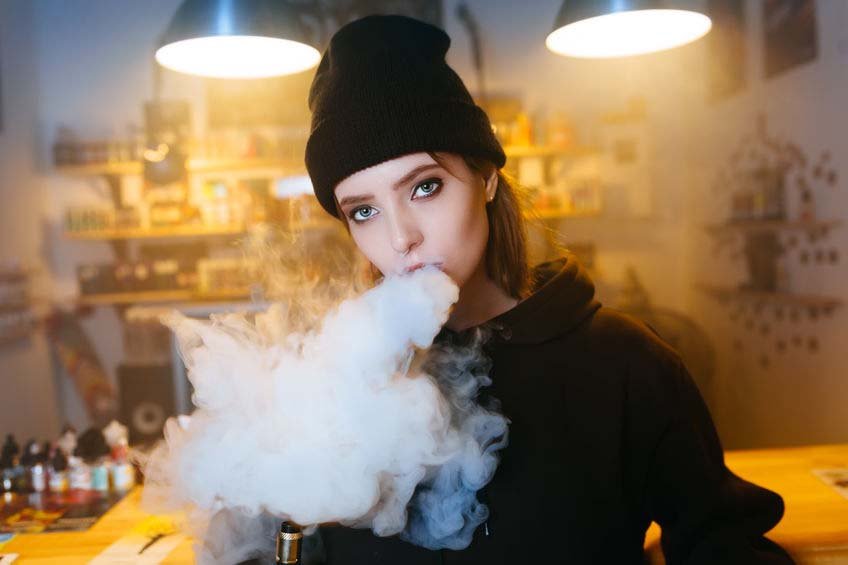 Since it was invented in 2003 by a pharmacist from China, the “modern” e-cigarette has become a big deal. Now in 2018 the vape industry is massive and a lot larger than anyone expected, it’s bigger than you’d imagine if you’re not a vaper. The vape culture that has quietly exploded in the last 15 years, boasts its own set of lingo, subcultures not to mention the tech, which is so technical that it’s seriously hard to keep up with. What once started as a cleaner and more healthy way to get your nicotine hit has become a popular alternative scene it’s even got vape celebrities and vape superstars.

This innovation in the way we consume Nicotine is fast being used to ingest other types of drugs. Vaping offers a way to smoke nicotine without all the other toxic substances that you get with tobacco. In the same way vaping offers cannabis smokers the chance to take in pure THC and CBD without damaging your body with the smoke from the leaves and buds of the marijuana plant. This way of getting high is fast becoming very popular in the countries where pot is legal. Vaping THC is clean, fast and a much easier way to gauge the effect that the chemical has on the brain. Unlike say edibles, users who dose with a vape pen can hit that perfect euphoric feeling without tipping over into paranoia.

The new vaporing innovation has massive earning potential to those companies that manufacture THC and CBD vaping products.  The popularity of this can be seen by the amount of instructional YouTube like” How To Make Marijuana E-Cig Liquid / E-liquid” which at writing this article has over 1.3 million views.  Not only are people vaping pot they are vaping other licit and illicit drugs.

Drug sellers on the dark web who usually sell more traditional forms of drugs are now advertising drug-infused e-liquids, many drug experts and investigate the trend for vaping substances like heroin and methamphetamine.

Why are people smoking their drugs out of an electronic cigarette?

Apart from the dosing advantage and the general novelty of smoking drugs through E-cigarettes or vape pens have become a way for drug users to get high in public. The lack of smoke and drug smell that is produced from vaping allows users to vape anywhere without detection. Anecdotal evidence suggests that many users report experiencing better drug delivery

So what drugs are people smoking using an E-cigarette?

Cannabis is a common choice but vendors on dark web marketplace Alphabay also sell e-liquid containing cocaine, morphine, MDMA (ecstasy) and temazepam, a drug sometimes prescribed for insomnia. There are even listings for fentanyl, a potent opiate responsible for thousands of fatal overdoses in recent years.

There has been a significant increase in emergency room visits from drug users who use electronic cigarettes to get high from dangerous synthetic drugs.

Methamphetamine, also known as Ice, Meth, P, Crystal Meth evaporates into the vaping liquid as it’s heated due to its small molecules and can get into the blood system fast.

The fact that most drugs are salts and therefore hard to evaporate by a coil in a vape pen. vape, most drugs in their chemical salt form won’t vape well.

In order for the molecules to become easier to evaporate the water-soluble salt has to be converted to the freebase to allow it to evaporate without burning.