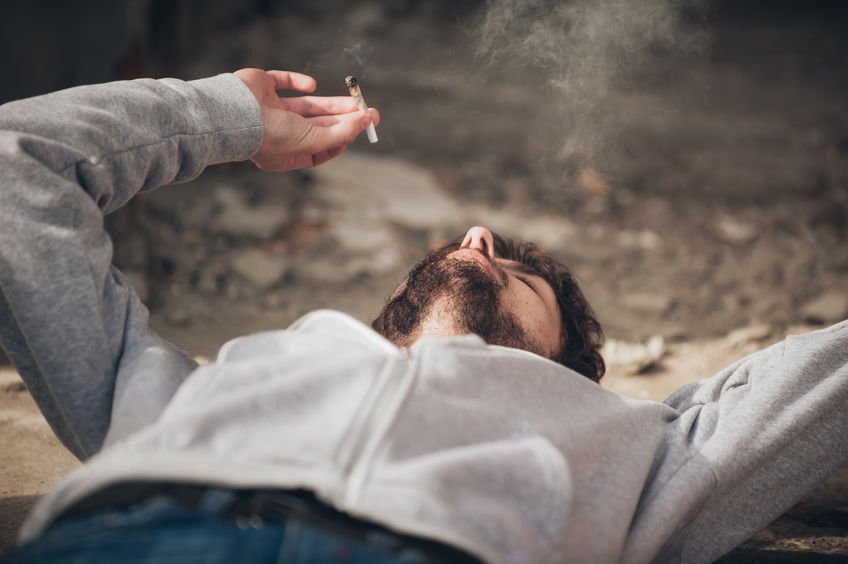 If you happen to have experiences smoking weed and smoking herbal incense, then you might already be fully aware of the different sensations that come from each substance. However, if you’re not, then this post is for you!

What are Synthetic Cannabinoids?

If you have never tried herbal smoking blends such as Spice, K2, etc. I am sure you are already jumping to conclusions and thinking the worst. Spice and similar products have been given a bad reputation, but much of those headlines you read are blatant examples of sensationalism and the regurgitation of outdated reports from about a decade ago when a much more potent synthetic cannabinoid was available on the market. At the end of the day, it’s a fact that fake weed, or synthetic cannabinoids, act on the very same cannabis receptors in your body and elicit effects quite similar to smoking marijuana.

So, what exactly are these synthetic cannabinoids? These are man-made mind-altering chemicals that act on the body’s same cannabinoid receptors marijuana does. Compounds can either be sprayed onto dried plant material to be smoked the same as cannabis is consumed, or they are sold in liquid form to be vaporized in vape pens, e-cigarettes, and other devices. Products made of these synthetic cannabinoids are known as herbal incense or c-vape liquids.

“Cannabinoids” is the name for these chemicals because they are very similar (but not the same) as the chemicals that are found inside the marijuana plant. For people who live in places where recreational marijuana is illegal or cannot consume cannabis because of drug testing regimens or employment issues, synthetic cannabinoids provide a legal alternative to enjoy some of the same types of effects as marijuana.

Technically, these synthetic cannabinoids fall under a group of drugs known as new psychoactive substances (NPS). Drugs that fall into this category are intended to produce similar effects to illegal drugs and the vast majority are unregulated. Many of the substances have been around for many years but have recently reentered the market due to popular demand.

How is Smoking Herbal Incense Similar to Smoking Marijuana?

Before I dig into the subject too deep, there is one thing that must be made clear, in the experience where I talk about smoking fake weed, I am referring to taking a few deep hits. Nothing more. The synthetic cannabinoids used in herbal incense are more intense than those found naturally in marijuana. In other words, a little dab will do you! If you smoke too much herbal incense, your experience is going to be entirely different and can easily approach the threshold of an anxiety attack or being too intense entirely.

How are the two experiences the same? When I smoke herbal incense, after taking one or two hits I feel very relaxed and begin to “get into the zone” so to speak. My mind and body feel less tense, and I can easily hang out on the couch and zone out to music or television for the duration of my high – similar to how I would experience a cannabis high.

Smoking fake weed is also great to relieve overall tenseness in the body and causes relaxation in the muscles. If you are someone who suffers from chronic pain, smoking herbal incense can help take the edge off the general aches and overall soreness. If you are an insomniac and like smoking weed to help you drift off to sleep, spice can also help you catch some zzzs. After just a couple of hits, you should be able to sleep like a baby. You will also notice that herbal incense gives you a nice euphoric buzz as weed does.

Another similar effect produced by herbal incense in comparison to smoking weed is a bit of a paranoid feeling that sets in. It’s kind of like you want to wear your dark sunglasses because you think everyone around you will know that you are high when really, they probably don’t notice or even care at all. It’s also not advised to smoke this stuff before driving as you will probably be very paranoid and as a result overly cautious and do silly things like stopping 30 feet before a stop sign or braking at a green light.

How is Smoking Herbal Incense Different from Smoking Marijuana?

Depending on how much spice you smoke or vape – it can be a very different experience than smoking weed. One of the biggest differences that I notice personally is that when I smoke bud, I get mad munchies and want to chow down! When I smoke herbal incense, it does not increase my appetite at all. In fact, smoking fake weed makes you a bit more stimulated and could suppress your appetite.

One of the major differences between the two is the strength. Herbal incense is very strong, and for people with a high tolerance to cannabis, this can be a good thing. However, for an average marijuana smoker, herbal incense is stronger. The best advice? Start low and go slow. Take only a hit or two and sit back and see how it affects you before you consume any more. It will last you a long time, as you only need a little bit to experience a strong high.

If you want to try herbal incense for yourself, buy some today online and enjoy free shipping to many countries throughout Europe.