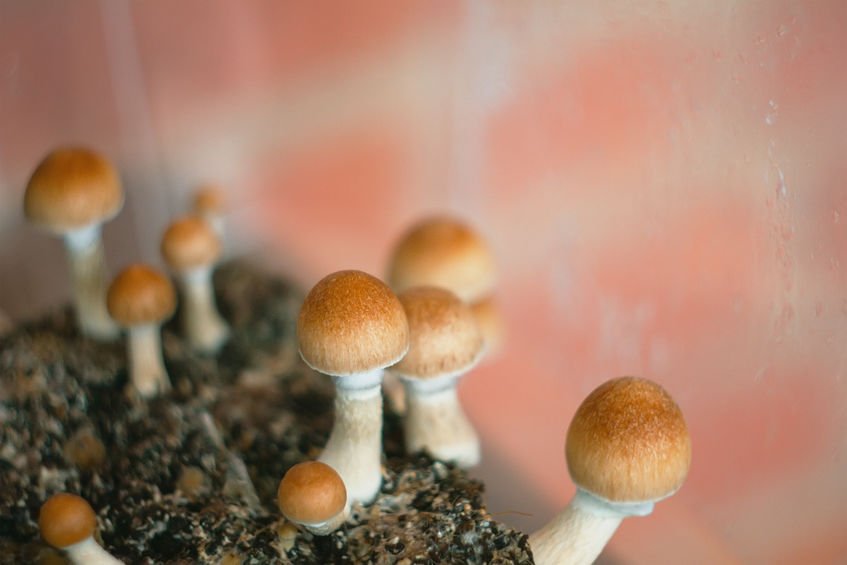 Do you know which countries in the world permit the consumption and cultivation of psilocybin mushrooms?

Disclaimer: Psilocybin may be illegal in your country and Flight AMS, your home for legal highs and herbal incense, does not condone or encourage the use of this substance in locations where it is against the law. Considering such, we are aware that illegal drug use ensues despite laws against it and believe that people should have proper access to responsible harm reduction information in light of safety. This comprehensive guide is meant to promote safety for people who choose to use this substance. Flight AMS does not encourage this substance to be used outside of a legal context.

Powerful. Intense. Psilocybin is a natural wonder and a strong psychoactive substance that can be found in literally hundreds of species of fungi throughout the world — commonly referred to as “magic mushrooms.” So commonplace in nature, you might have some of these mushrooms growing right now in your very own backyard.

History of Psilocybin Mushroom Use

Shrooms. Magic mushrooms. No matter what you want to call them, psilocybin mushrooms have been used for thousands of years, starting with the groups of aboriginal Australians and extending to the present use of psilocybin by Meso-american cultures today. Interestingly, these common plants are considered illegal in nature in many parts of the world, even though they occur naturally.

Why Did Magic Mushrooms Become Illegal in Parts of the World?

The prohibition of psilocybin-containing plants came about during the notorious drug wars during the 60s and 70s. Classed into the same general category of hallucinogens such as LSD, psilocybin was viewed as another psychoactive substance that fuelled the counterculture movement. Most likely, psilocybin was used as a scapegoat so that governments could maintain starch control over anti-war liberal groups of that time.

During the Vienna Convention of 1972, the United Nations, led by the heads of the United States, made attempts to reverse the rising popularity of psychotropics such as MDMA, LSD, and psilocybin. An international scheduling system for drugs was suggested which segmented substances into groups with their associated risks of harm. At this point in time, 183 countries have agreed to this convention, and it’s responsible for the creation of Draconian laws including the UK’s Misuse of Drugs Act and the US Psychotropic Substances Act.

Does psilocybin belong in this classification of substances? Many will argue that it doesn’t because the Vienna Convention was meant to counter the production of synthetic psychotropic drugs such as MDMA and LSD.

Psilocybin falls into a grey area because it is a natural substance found throughout the world in many species of fungi. Just as the herbs used to make the natural-occurring psychedelic known as ayahuasca — the legality of psilocybin mushrooms can be interpreted on an individual basis according to each country, even if they are part of the Vienna Convention.

Regardless of this technicality, most countries have decided to classify psilocybin as a schedule I drug, which means that people are subject to the harshest possible punishments for selling or possessing magic mushrooms.

The prohibition of psilocybin is not backed by any sound reason or science. None.

To date, there is no scientific proof of any kind of harm involving the sensible use of the substance — even on a long-term basis. On the contrary, much research suggests that psychedelics such as psilocybin could be used in the treatment of conditions such as anxiety and depression.

However, the worldwide war on drugs is based off fear and control. Not reason. Not compassion. Therefore, across the world in many countries, you can actually go to prison for using a plant for healing purposes (makes a lot of sense, right?)

However, the Draconian international drug policies do not blanket the globe and there are countries and states that will allow you to consume psilocybin mushrooms and purchase magic mushroom growing kits. We’ve organised the laws around the world in terms of consuming and growing psilocybin mushrooms.

Note: The following information has been curated accurately as possible at the time of publishing, but you should always check your local laws before buying shroom growing kits or consuming psilocybin mushrooms.

Countries Where Psilocybin is Mostly Legal

In the following countries, psilocybin is legal to possess and consume and possibly to transport and sell.

Technically speaking, it is the mushrooms that contain psilocybin are legal to possess, consume, and sell – while the psilocybin itself is considered illegal. Illegal activities in Brazil need to have specific laws made to address them, and no arrests related to psilocybin have been made. If used in a sacramental setting, both psilocybin mushrooms and natural ayahuasca are legal.

In the British Virgin Islands, it is technically illegal to sell or transport psilocybin mushrooms, but consumption and possession are not illegal. Many places sell them to tourists and there are no apparent consequences.

In Jamaica, it seems to be completely legal to use magic mushrooms or the authorities don’t enforce any type of prohibition. You will find that there are spiritual retreats available where people can experience magic mushrooms while in this island country.

A loophole exists in the Netherlands laws regarding psilocybin, and you are able to purchase and consume what they call “magic truffles.” The truffle is another part of the mushroom that is dormant but helps the shroom regrow after damage. Mushroom spoors and psilocybin mushroom growing kits are also legal.

Countries Where Psilocybin is Somewhat Legal

The following countries may have alternative laws on the books regarding dried versus fresh mushrooms, may allow the cultivation of psilocybin mushroom spores, or have places where the laws are not applicable…

In the country of Austria, a law was recently changed which has decriminalized the use of psilocybin. However, there is a chance that you could be required to attend therapy if you are caught. It is also legal to buy shroom growing kits.

Interestingly, in Canada, dried mushrooms are illegal to possess – but fresh ones aren’t. You can also legally purchase magic mushroom growing kits, although it’s odd because psilocybin is a schedule III drug in Canada.

Costa Rica is a breeding ground for many types of magic mushrooms and the internet is flooded with stories of people who collect them for personal use. Their legal status seems uncertain, so you may not want to risk it, but it does not seem that anyone has been arrested for the sale, consumption, or possession of psilocybin mushrooms in Costa Rica.

As long as you are growing a “small” amount, the cultivation of magic mushrooms is legal in the Czech Republic. Please note that possession of large amounts is illegal.

Drug laws in Indonesia are insanely harsh, but there is a psilocybin mushroom paradise on the Gili Islands near Bali. Don’t take risks though, because they are still highly illegal.

Officially speaking, in Mexico, it is illegal to grow, sell, possess magic mushrooms, but authorities turn a blind eye to the traditional or sacramental use and cultivation of fresh mushrooms.

Psilocybin mushrooms have been decriminalized in Portugal,  which means that you can legally possess small amounts without the threat of jail time. If you get caught, however, you may end up in a court-mandating rehabilitation.

The personal use of psilocybin mushrooms has been decriminalized in Spain, but they remain mostly illegal.

Following suit with other Southeast Asian countries, psilocybin is illegal in Thailand and the punishments can be insanely harsh. Regardless, many relatively-safe havens offer “shroom shakes” but it’s probably not worth the risk.

So the United States has unusual psilocybin laws. It’s a schedule I drug, but it’s legal to buy magic mushroom spores in most states except for California, Georgia, and Idaho. The catch? You are not supposed to use the spores to actually grow mushrooms. In New Mexico, however, it’s legal to buy spores and grow psilocybin mushrooms and there are groups of people dedicated to their sacramental use.

Countries Where Psilocybin is Completely Prohibited

The following countries are not on board with the Vienna Convention, therefore they are not obligated to make psilocybin illegal. While it appears there are no laws on the books, we were not able to confirm this information:

There has been a recent development in the production and availability of Psilocybin. A New Bacteria Psilocybin producing bacteria  has been created at Miami University in Ohio. The bacteria has the ability to produce large amounts of Psilocybin.