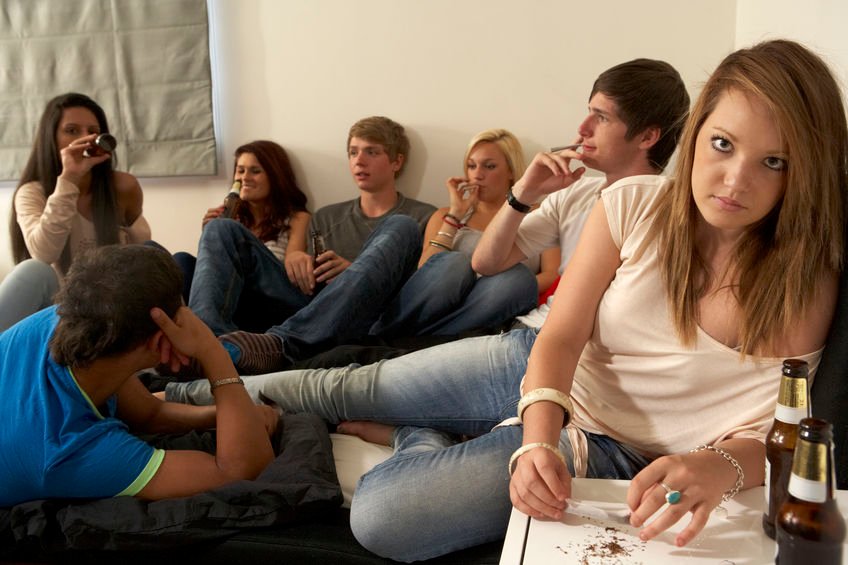 Chemical substances that are taken for leisure, enjoyment or spiritual enlightenment rather than for medical reasons, are considered recreational drugs. Why do people start taking recreational drugs in the first place? Typically, a user starts drug use and drug abuse as a way to achieve pleasure or in some way improve their life or gain understanding. Unfortunately, for some people, repeated cycles of abuse can lead to addiction which can create a myriad of health and social problems for the user, including the inclination to committing crimes. However, there are lots of people who can use recreational drugs socially and keep their habits in check.

Most recreational drugs are illegal, but not all of them. Marijuana is considered a recreational drug, and two nations in the world have completely decriminalized the recreational use of cannabis, and they are Canada and Uruguay. In addition, there are many states and cities worldwide that have also enacted drug legalization for the recreational use of cannabis. Beyond the obvious legality of cannabis, you might be surprised to learn that magic mushrooms (psilocybin) and shroom growing kits are legal in many parts of the world. There are also synthetic cannabinoids that are legal as well, often referred to as “legal highs”.

Recreational drug use induces an altered state of consciousness which creates a state of pleasure through the manipulation of perceptions, feelings, and emotions of the user. Psychoactive substances enter the body and create an intoxicating effect.

While a lot of people use substances to improve their mood, there is a tendency for people with depression to turn to recreational drug use as well. Other common reasons people decide to use recreational drugs include:

According to the IACP, there are seven different classifications of recreational drugs. On this page, we are going to provide a brief overview of the seven different categories. If you want further information, click on each of the following titles to go to that specific page.

Drugs that slow down the operations of the brain and body are known as CNS depressants. Sedatives, tranquilizers, and hypnotics are all considered CNS depressants. Typically these substances cause the muscles to relax, calm anxieties, and help soothe the user. Some examples of CNS depressants include:

Medicines that stimulate the brain and speed up both physical and mental processes are known as CNS stimulants. CNS stimulants are often given to people for medical reasons such as narcolepsy, excessive sleepiness, and attention deficit disorder. These psychoactive substances increase energy, improve alertness and attention, and also increase respiratory rate, heart rate, and blood pressure. Some examples of CNS stimulants include:

Recreational drugs that are classified as hallucinogens cause the user to perceive things differently from how they actually are. Also known as psychedelics, these substances cause profound distortions in the perceptions of the reality of the user, which are also known as hallucinations. While the user is under the influence of a hallucinogen, they may hear sounds, feel sensations, or see images that will seem real to them, but they aren’t. The most commonly used hallucinogens include:

Dissociative means to be detached from reality, which makes this word the perfect description for this class of drugs. Drugs that are categorized as dissociative anesthetics are ones that inhibit pain by dissociating or cutting off the brain’s perception of pain. Some of these drugs, in particular ketamine, have become quite popular on the party and counter culture scene. This class of drugs distorts the user’s perceptions in terms of sight and sound, and they create a feeling of detachment. Examples of dissociative anesthetics include:

Narcotic analgesics are also referred to as opiates, opioid analgesics, narcotics, and opioids. These drugs are typically medicines that are intended to provide relief from moderate-to-severe acute or chronic pain. Analgesic is a word that describes a medicine that is used to relieve pain. People use narcotic analgesics recreationally because they create mood changes in the user and induce euphoria. Examples of narcotic analgesics include:

There is a broad range of industrial and household chemicals that produce volatile vapors or pressurized gases that can be concentrated and breathed in either by the mouth or nose to produce intoxicating effects. People who use inhalants recreationally do so in order to achieve psychoactive or mind-altering effects. Examples of inhalants include:

Cannabis is the classification given to a group of three plants and compounds known as cannabinoids that are derived from these plants or synthetically created to mimic the effects of cannabinoids:

The psychoactive ingredient found within cannabis is called delta-9 tetrahydrocannabinol, or THC. Beyond just natural cannabis, this classification also includes other cannabinoids and types of synthetic marijuana, such as Dronabinol.

At Flight AMS, we are the leading distributor of synthetic cannabinoids, which are commonly referred to as legal highs, on the European market. Because unjust prohibition laws make it risky for many people to consume cannabis, herbal smoking blends and c-liquids give users the opportunity to reap the beneficial effects of cannabis.

Legal highs include both a wide variety of herbal incense and vape liquids that contain synthetic cannabinoids. These compounds act on the very same cannabinoid receptors inside the body as marijuana does. Users that are both recreational and medicinal in nature rave about the benefits provided by these legal highs. Plus, legal highs are available at prices that are much more affordable than traditional cannabis products. Shop today.