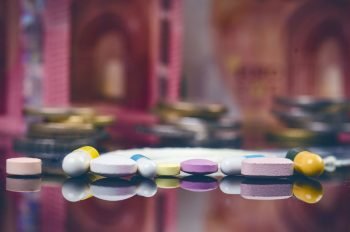 At Flight AMS, we sell a variety of legal highs in Europe, but we are completely hip to the entire counter culture scene. We know how much recreational drug users enjoy modifying perceptions, feelings, and emotions by using substances, so our team of editors often write about these topics. From learning why meth and DMT users are turning to vaporizers to finding out the legality of psilocybin mushrooms, here you’ll discover interesting content about recreational drug use on this article archive page.

While the answer does somewhat depend on what you define as the best, in the noid class there are hundreds of options and each one comes with various positive and negative features. I’ve decided to discuss the safest, the most euphoric, the most sedating, longest lasting, best of the new noids and the most common to help give would-be psychonaut spice fiends a starting point for their research. Generally speaking the older the noid the more its pharmacological properties have been studied and are understood as well as the more anecdotal evidence there is available for its benefits, its safety or its unusual dangers. That said, the older ones tend to come with legal risk due to many governments having identified them as potential drugs of abuse and adding them to their anti-drug policies and laws. Almost all synthetic cannabinoids [...]

Before 2016 this was an easier question to answer, simply put you could search for a social media website like Reddit’s r/drugs or r/noids and the name of the company and product you were interested in and would be given a long list of posts about that company’s interactions with their user base. This allowed for a thorough evaluation of each research chemical website and for users to make informed purchases. However, in 2016 there was a sudden purge due to the belief that ‘fake news’ articles were having a significant impact on the election, with regulators generally believing that fake news assisted Donald Trump in winning the 2016 election.*[1] Social media giants such as Facebook and Google wanted to avoid regulation so decided to regulate themselves to prevent clumsy government interference on their platforms.*[2] A part of this change [...]

Drug Mecca is under siege, but there’s still time to save her. The government of the Netherlands has decided to pursue a ban of novel psychoactive substances in response to pressure from the UN to crack down on this still legal market where users currently buy k2 spice online as well as other forms of synthetic cannabis often labelled as fake weed or herbal incense/herbal vape liquid, c-liquid or kronic vape juice.* When these chemicals are sold for research purposes rather than for use in humans they bypass laws geared at preventing the sale of psychoactive drugs and provide a safe source of pure product for savvy drug users. The geriatric drug-warrior politicians of the 80s and 90s find this unacceptable and wish to try to regulate a market they don’t remotely understand. Currently, lobby groups are mobilizing to attempt [...]

Where to get Noids?/Where to buy Noids?

Introduction The war on drugs has been hard on cannabis and cannabis users, this was deliberate. One of the major harms, courtesy of the war on drugs, is best understood on behavioural economic terms. When there is a need to conceal goods to ship them safely, it becomes more lucrative to ship a more concentrated, but smaller amount of goods than to ship large quantities because more of your shipments will be more likely to make it past customs and law enforcement inspections. Think of trying to sneak a barrel of beer into a movie theatre as opposed to a bottle of vodka in your purse and you can begin to understand the problem facing drug smugglers. This was first noticed during prohibition when hard liquor began to replace beer and wine as a drink of choice in the USA.*[1] [...]

Do you give away free incense samples?

Absolutely! Free samples are often provided with orders to give customers a chance to try up-and coming products and to get feedback on which new products customers like. Free samples, which are usually included with orders, are important for research chemical and noid suppliers because samples allow an opportunity to get feedback on new and upcoming noids, research chemicals and other novel psychoactive substances. This is similar to how most retail stores will try a small display for a new product and see how it goes before committing to a larger purchase, or how a bakery will give out free samples of a new cookie they are trying out before making it a regular feature on their menu. In normal circumstances a supplier will often include a small bonus package, usually enough for a single-use, along with a regular customer’s [...]

Pain is often one of the main reasons individuals seek medical help. In clinical settings, pain is normally managed with opioids such as Fentanyl, Vicodin, and Percocet. The use of marijuana for pain is also gaining popularity in many places around the world including the US. Marijuana has cannabinoids that are known to relieve pain quite effectively. It has now been found that some pain conditions that cannot be relieved by the use of opioids alone, can be relieved by combining opioids and marijuana for pain. Here, we will take a comprehensive look as to how marijuana improves the effects of opioids when it comes to pain management. CB1 Receptors are crucial for the Effect of Opioids There is scientific proof that the opioid and cannabinoid systems are capable of working synergistically to bring about more pain relief. This particular [...]

Have you ever smoked weed? Have you ever smoked or vaped fake weed, also known as spice, K2, herbal incense, etc.? Our guess is that if you've landed here on our blog, you've at least answered yes to one of those two questions. If you happen to have experiences smoking weed and smoking herbal incense, then you might already be fully aware of the different sensations that come from each substance. However, if you're not, then this post is for you! What are Synthetic Cannabinoids? If you have never tried herbal smoking blends such as Spice, K2, etc. I am sure you are already jumping to conclusions and thinking the worst. Spice and similar products have been given a bad reputation, but much of those headlines you read are blatant examples of sensationalism and the regurgitation of outdated reports from [...]